Last week, the Associated Press published a story, without any real data, that Trump’s support at The Villages is waning. They interviewed a handful of people and declared the retirement community a warning sign for Trump, that he’s losing the senior vote. 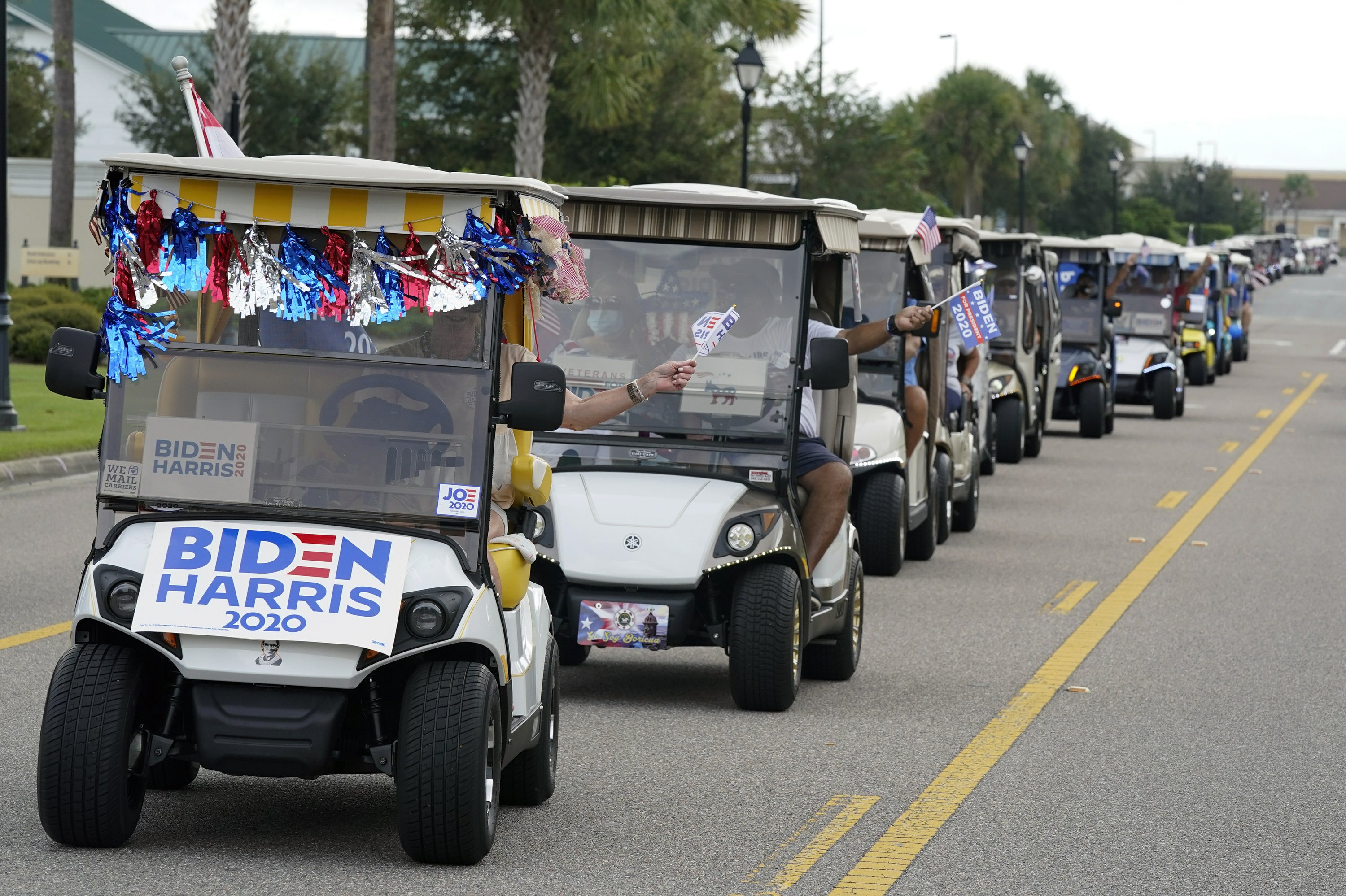 THE VILLAGES, Fla. (AP) — Sara Branscome’s golf cart whizzed down the smooth asphalt path that winds through The Villages, the nation’s largest retirement community, an expanse of beautiful homes,…

Sumter County, home of The Villages retirement community, reported early votes this evening. 71.2% of the early votes were cast by registered Republicans. 16.1% cast by Democrats.

While it is only the second day of Florida early voting, a 50-point advantage is a good sign for the President.

Numbers are out for Sumter County The Villages, Florida. GOP – 69.7%, Dems – 17.1%. Uh, Oh! Looks like Biden’s gonna get destroyed in Florida. Poor @Redistrict

In Sumter County (The Villages), GOPers now lead Dems by 69% to 18% with in-person early voting.

In Sumter County (The Villages), GOPers now have reached 70% of the in-person early vote. Dems have fallen to 17%. GOPers enjoy a near-unbelievable 52-point lead … and day one is not even over yet.

Well at least FL is safe for the GOP. Looks like Biden is getting killed. Thank you, Hunter!

I told everyone about Sumter County, Florida (The Villages). What is the GOP’s in-person early voting margin there this morning? 67-20.

Trump is winning. The Democracy Institute’s Patrick Basham explains why.